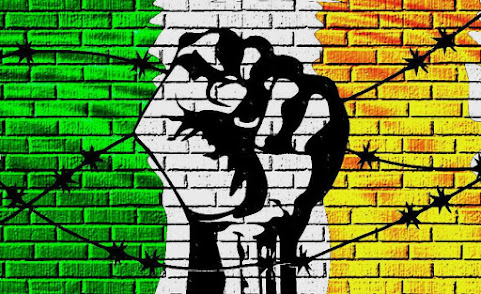 The old school denizens of Kansas City will pay tribute to the legacy of Mike Murphy and his tradition that started as a bar romp walk through Midtown . . . And then back to the bar. In his later years, as the parade gained popularity, he famously rode in a garbage truck more than a few times in order to taunt his compatriots.

Today, talk of inclusion, immigration and the American melting pot will resonate among politically motivated locals.

TKC'S FAVORITE PASTIME IS LOOKING FOR SMALL SIGNS OF IRISH LIBERATION RHETORIC FROM ALL OF THE DIE HARD KANSAS CITY IRA ADMIRERS FROM AFAR!!!

Well there's that . . . And then all of the KC "Irish" gals getting really friendly. 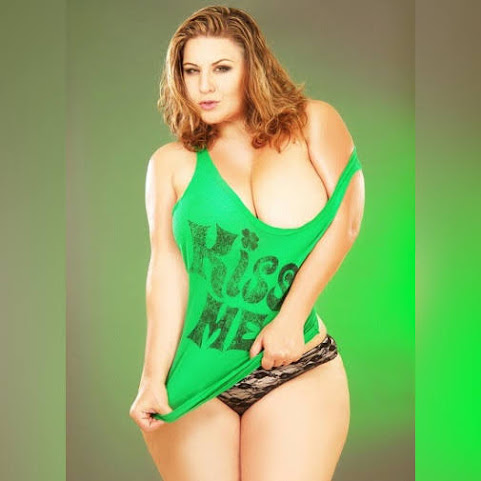 If you really know KC's Irish community . . . This rhetoric typically ramps up from now until around Irish Fest in September and with small signs that Kansas City still glamorizes IRA dead end life from the relative safety of a bar stool in Midtown.

Still all this talk of "The Troubles" is just a little ethic local secret that proudly separates the local Irish from their boring white bread neighbors in the suburbs.

Example . . . TKC's favorite local Irish singer doesn't want his American citizenship and holding out on getting his papers right is a favorite bragging point that actually helps him stay "authentic" on this holiday weekend wherein EVERYBODY is Irish.

And so, because the celebration started on Friday at about 2:39 PM . . . Here's tonight's Irish rock playlist (with a few notable exceptions and confusion) dedicated to this KCMO party that always hosts more than a few fights, DUI arrests and flashing o'theboobs . . .

And that is your horrible running joke you pathetic d-bag. Big Country are SCOTTISH not Irish.

Beware the Fitzjacksons and O’Washingtons as the local negroes crash the party today. They’ll get liquored up and the bullets will fly.

Come all ye young rebels, and list while I sing,
For the love of one's country is a terrible thing.
It banishes fear with the speed of a flame,
And it makes us all part of the patriot game.

My name is O'Hanlon, and I've just turned sixteen.
My home is in Monaghan, and where I was weaned
I learned all my life cruel England's to blame,
So now I am part of the patriot game.

This Ireland of ours has too long been half free.
Six counties lie under John Bull's tyranny.
But still De Valera is greatly to blame
For shirking his part in the Patriot game.

They told me how Connolly was shot in his chair,
His wounds from the fighting all bloody and bare.
His fine body twisted, all battered and lame
They soon made me part of the patriot game.

It's nearly two years since I wandered away
With the local battalion of the bold IRA,
For I read of our heroes, and wanted the same
To play out my part in the patriot game.

And now as I lie here, my body all holes
I think of those traitors who bargained in souls
And I wish that my rifle had given the same
To those Quislings who sold out the patriot game.

^^^ Boring poem from a boring man.

Beware of Gerald Fitzpatrick and Patrick Fitzgerald as they are Irish in disguise.

Why didn’t he write down something about his hitler I mean German roots? He has to bash someone else to make him feel better about his pathetic life.

This is one of the best days in KC. All you pants-shooting goons who populate this blog are no where to be found in Westport. With no geezers to fuck up the parade and bars, afterwards, everyone has a great time!!!!

10:45, you need to get off the keyboard and get your jaws limbered up; you’re gonna have a lot of St Paddy’s peter to suck with those big crowds.