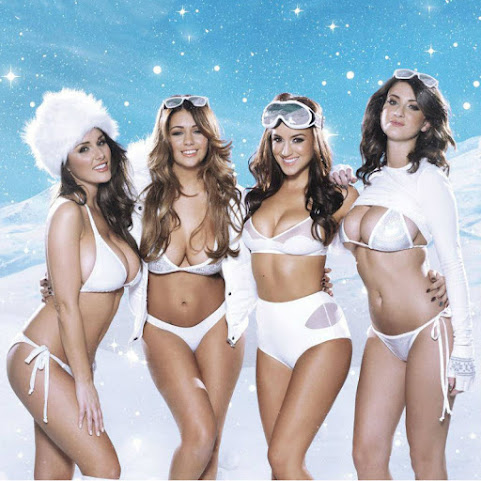 Over the weekend our blog community was the FIRST Kansas City news outlet to call out local elected officials taking part in a controversial march that has fallen out of favor among progressives. 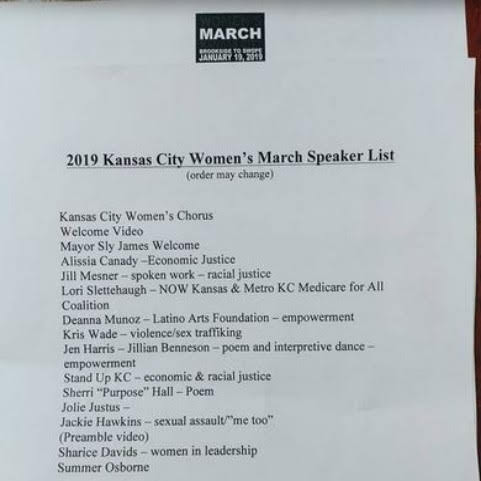 The KCMO politicos slated to speak . . . 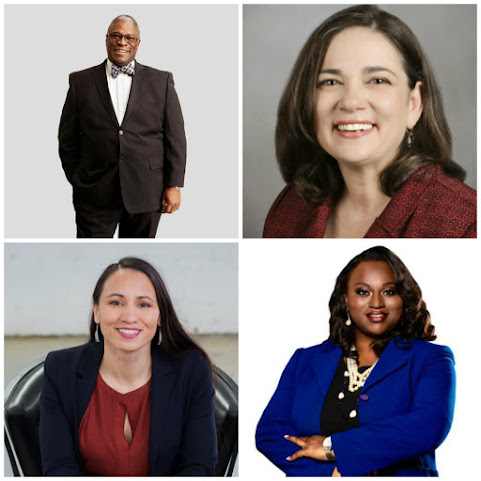 THE DNC DROP OUT OF THE MARCH PUTS THE KANSAS CITY PROTEST IN PERIL!!!

NBC: Several prominent civil and women’s rights groups are absent from the list of partners of the third Women’s March in Washington on Saturday.

Luckily, an "out" of the controversy might be the upcoming arctic last.

Local ladies haven't said much about national push back but they are worried about the freezing temperatures.

"Please do the best, right, smart thing and reschedule this event. There are so many of us that want to be there. The forecast is such that we won't be there. It's not a matter of sincerity or dedication. It is the wise and safe thing to do. We don't even need to know the new date yet, just say, 'Postponed until another date. Watch for the announcement.' Thank you."

The march should go on if only to make TKC and some of these awful readers apologize for their crap viewpoints.

Just want to say that if the women at the march looked ANYTHING like the women in that photo then there would be no need to protest, they could have whatever they wanted with only a simple request.

What are we really talking about here? I look at some of the organizers and I see that they're just drones and low level paid supporters of the DNC. If the party is out then they might as well cancel the march too and the phony movement as well. It was relevant after Trump was elected but now the moral clarity is gone because they simply haven't worked reach out beyond a small subsection of women. The democrats talk a great game about diversity but beyond a few men and women front and center, their organization is almost identical to the Republicans. It's all for show and this march is now another sign of how the movement takes its people and strongest supporters for granted and sometimes even exploits them.

Due to the government shutdown, TKC invited these 4 broke meat inspectors to stay in his basement indefinitely!!!

Better add some fur to your pussy hat. Brrrr!

They need to cancel it and come up with a better idea.

Trump wins the shut down.

Pick one side of the wall and stay on it.

Oh no, will there be an alternate venue at which I can see Sheri "Purpose" Hall?

As long as men fear and hate women (except for when they want a piece) there will be nothing gained by marches, speeches, or protests. Men are afraid women will take away their power and treat them like second-class citizens. Some women might do that, but the vast majority of females just want a chance to work alongside men and get an equal chance.

I would go to it if the four hot sluts in white were the headline speakers. But the real headline speakers are 2 stupid lesbians, Sharice and Jolie. And two fat hogs, Sly and Canady. No wonder the event is predicted to be a total failure.

You d-bags are dirt. Let the women march and stop being so SCARED!

Really good comment @11:13. Almost nailed it except for calling everyone racist and misogynist. Which is only half true. Mostly it's just anti social a-holes who read this blog. sad thing is, there are are a lot of those people in Kansas City.

Just a bunch of worthless look at me people who are protesting against the president, wake me up when they come up with a good reason to protest otherwise it’s the same worthless nonsense that gets nothing done