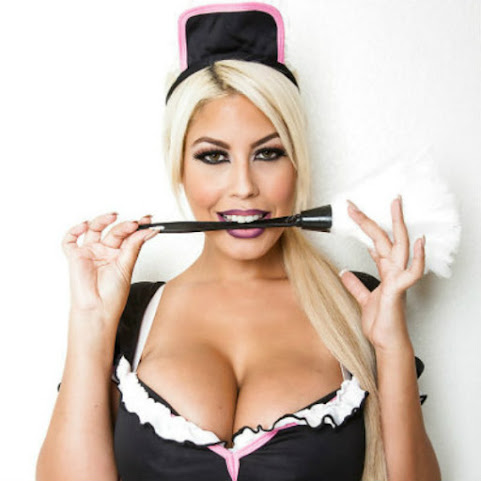 Bridgette B is an exceptionally "talented" pr0n star with the potential to go mainstream given her newsworthy social media fan base. Similarly, these news links are worthwhile and also worth sharing . . . Even if we do it quickly . . . Checkit:


Shooting in Kansas City leaves on with minor injuries

City leaders are becoming increasingly concerned about whether their hospitals can continue to operate under EmpowerHMS, a management company based in North Kansas City, as signs of financial distress multiply.

A five-month search for a missing 6-year-old boy ended Tuesday in the attic of a Laclede County, Missouri, home. Braedence Jones was found in an attic crawl space that had been nailed shut and concealed, authorities said. The boy's mother, Aubrey Ferguson, was also found hiding in the crawl space.

Proponents of Medicaid expansion face an uphill battle in this year's legislative session despite, or perhaps because of, Gov.-elect Laura Kelly's support for the idea.Democrats worry Republican leadership again will stifle discussion on hot-button health issues, such as Medicaid expansion and medicinal marijuana.Kelly, a Democrat who made expansion a cornerstone of her campaign, said health care is a critical need that remains inaccessible to many people.

One patient was billed more than $100,000 after being transferred out of state for treatment of encephalitis. Another got a bill for $25,000 after being kicked by a horse, which caused a traumatic eye injury requiring hospital treatment. A third was socked with a bill for more than $24,000 after a trip to a nearby hospital following a motor vehicle accident.


If Sears dies, does that save rival JCPenney?

If Sears dies, does that save rival JCPenney? Investors seemed to be thinking that way Tuesday. JCPenney jumped 11 percent Tuesday morning as reports swirled that Sears was on the verge of going into bankruptcy court to begin the process of shutting down.


Escape winter with trip to KC boat show this weekend

KANSAS CITY, Mo. - Outdoor enthusiasts can get a jump start summer plans to hit the water this weekend. The Kansas City Boat and Sports Show begins Thursday and runs through Sunday at Bartle Hall. This year, the event is going high tech with a virtual reality boating simulator.


Your Morning Brief: 5 things you need to know for today

Here are the top headlines in Kansas City for Thursday, Jan. 10, 2019: KANSAS CITY, MO (KCTV) -- Hundreds of demonstrators are expected outside Union Station today for the KC Local Federal Employees Rally Against Shutdown which is next to the IRS building. Kansas City has about 27,000 employees.

Up-and-coming country music performer Blane Howard has been a lifelong Kansas City Chiefs fan. But he's never been able to attend a game at Arrowhead Stadium.

Carlos Sanchez, who for decades played the character Juan Valdez in a series of legendary Colombian coffee TV commercials, has died, according to reports Thursday. Sanchez passed away at age 83 in late December of undisclosed causes in the city of Medellin, the New York Times said.

Oh damn, Juan Valdez died? I remember seeing him in commercials all the time growing up.