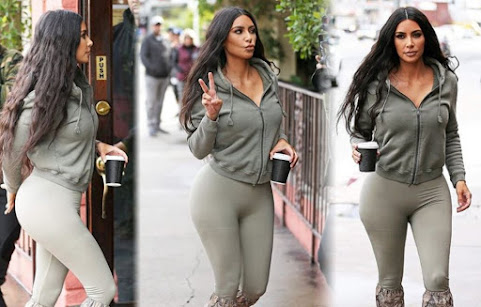 Two sides of a newsworthy and iconic celeb doing her best to make the world a better place by way of more than just hotness . . .

TMZ: Kim Kardashian 'The Princess Of Prison Reform' ... Inmates Sending Her Letters by the Thousands

Closer to home, these news links inspire a peek:

KANSAS CITY, MO (KCTV) - Kansas City firefighters are responding to a two-alarm house fire Tuesday afternoon. Around 3:38 p.m., Kansas City fire officials were dispatched to the 4500 block of Chestnut Avenue. Police have not said if there are injuries at this time. Stay with KCTV5 News on air and online for more updates.

Startland News is continuing its segment to highlight area entrepreneurs' efforts to accelerate their businesses. This is an opportunity for entrepreneurs - like those behind Clean Slate Mobile Shower Unit - to share their crowdfunding stories to gain additional support. Who are you and what is your organization?

KANSAS CITY, Kan. - RideKC and UG Transit celebrate the first new bus route to be operated by the Unified Government of Kansas City, Kansas in more than a decade Tuesday. This is the first all-day route from KCK to Johnson County, Kansas. Buses will run hourly throughout the week from 5:30 a.m.

OVERLAND PARK, KS (KCTV) -- Multiple Overland Park businesses have been found out of compliance with health regulations. Health inspectors say they found hundreds of fresh and old rat droppings at the Dollar Tree near 95th Street and Quivira Boulevard. The Fred P.

The Black Archives of Mid-America in Kansas City's historic 18th and Vine district recently couldn't pay its staff. So the city has infused it with funds to revitalize its place in the community.

Prayer For The Home Team

For the first time ever, a church in Prairie Village is changing its Mass schedule to make sure parishioners can pray together before Saturday's Chiefs game. St. Ann Catholic Church's usual Saturday Mass is at 4 p.m., but that would be just after kick-off, which creates a dilemma for worshipers.

After a long and remarkably fruitful life, Bob Hawley of Independence, Missouri, died on Monday. The patriarch of a large and loving family and a patriot to his core, Bob was best known for a late life adventure that defied the odds and made history.

Another bailout for 18th and Vine.

So, none of that ten million went to help the archives? Where and what exactly does 10 million dollars go to in the jazz district? Does anybody know?

Good Lord, they're still giving money to the Black Archives? I worked there during the original restoration and such a waste of money.

What a waste, just sucking dollars down the sewer!

One of Congressman Carwash's boys runs that place.

Not the minister son, not the gay son, but the one who had a child out of wedlock and got sued for child support.


And as for the priest moving mass up to accommodate a ball game??????? You will tell that to Jesus Christ the day you die and he will show you that moment you put him second to a ball game, and guess what he says back to you????? "Depart from me I know you not!"

How blasphemous! Glad my church would NEVER DO THAT!

Oh for gods sake another Kartrashian item. Get a life Tony.

That's real swell of that church to move the time off services. AND they don't rape kids!